A truly fantastic game, which deserves much more attention than it got.

Top-notch, gorgeous to look at hand-drawn graphics. You can practically make some screenshots during the cutscenes and choose any of them as your wallpaper, they’re THAT good. Never wanted to skip a single cutscene (skipped only if needed to replay the level again). It’s like watching a cartoon, a really good one.
The levels are extremely detailed and unique, never felt like going through the same thing all over again. 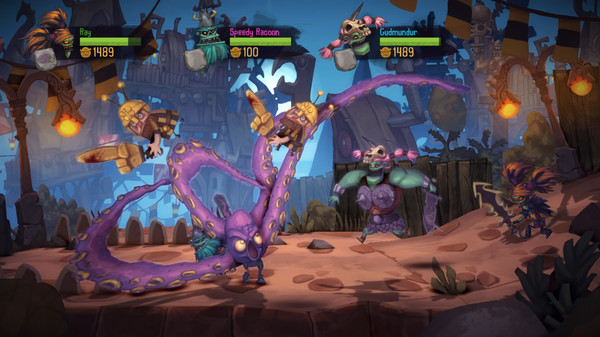 A guy stole the Odin’s Eye from Odin himself and Odin sent four zombie vikings to bring the eye back. The premise is pretty simple but the result is a massive adventure and story which never takes itself seriously. I’d actually compare it to South Park, but I liked Zombie Vikings more than South Park (and in my opinion it’s more funnier). The jokes are both stupid and clever, but they work, definitely work. ZV actually would make a great series rather than being just a game.

Just as amazng as artwork. The music has its own unique flavour. The mix of jazz, rock’n’roll, rockabilly, bassy ambientish tunes, etc. The music feels right and never out of place, absolutely fits the game.
The voice acting is superb. The characters feel alive and overall the way they should be, not a single miscast. A really wonderful job, every single character is pleasant to listen. 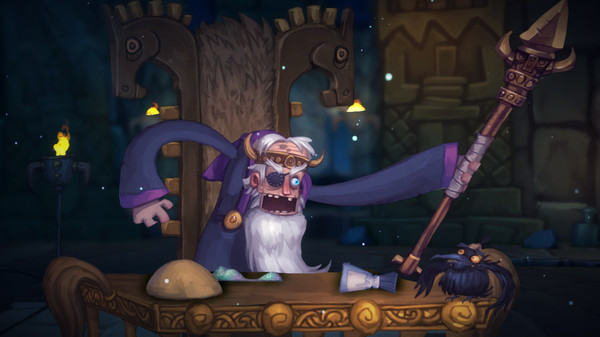 It’s a beat’em’up, but much more co-op oriented than the games from 90s. You can play it alone, but I’d not recommend to do that. It’s not necessarily to gather a party of four, just one friend would be fine. The game doesn’t have online matchmaking and you can only invite friends. You don’t share coins and health drops between each other, so you need to decide who gets what on the fly (also, there’s no in-game chat).
The game itself is simple, but fun to play and doesn’t get old or boring. By progressing further you unlock new weapons (sometimes you fight with other players to decide who gets the free weapon) and runes. They can bring new things to gameplay or even change the way you play. You don’t really need to spend a single coin, which I think is great because it makes the game more balanced (skill matters more than power of your weapons). If some weapon has more damage, you’ll also get less HP for equipping it.
It’s actually a long game (especially for its genre), maybe way too long. Despite the length, the pacing is right and there’s always something new on the way.
On top of that, there are also many side quests and you may miss something along your way. You can always return to a level to finish the side quest, which is great. 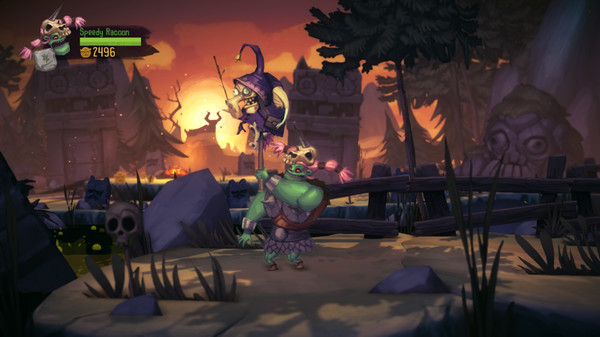 The performance is stable, there were no FPS drops, crashes or freezes.
But I did encounter bugs, two of them forced us to replay the level. The first time we stuck while playing as a giant (literally stuck and weren’t able to move around), the second time was the enemy not moving from outside the screen (actually something like that was also before).