Know Thy Sasha or “Biography” Page 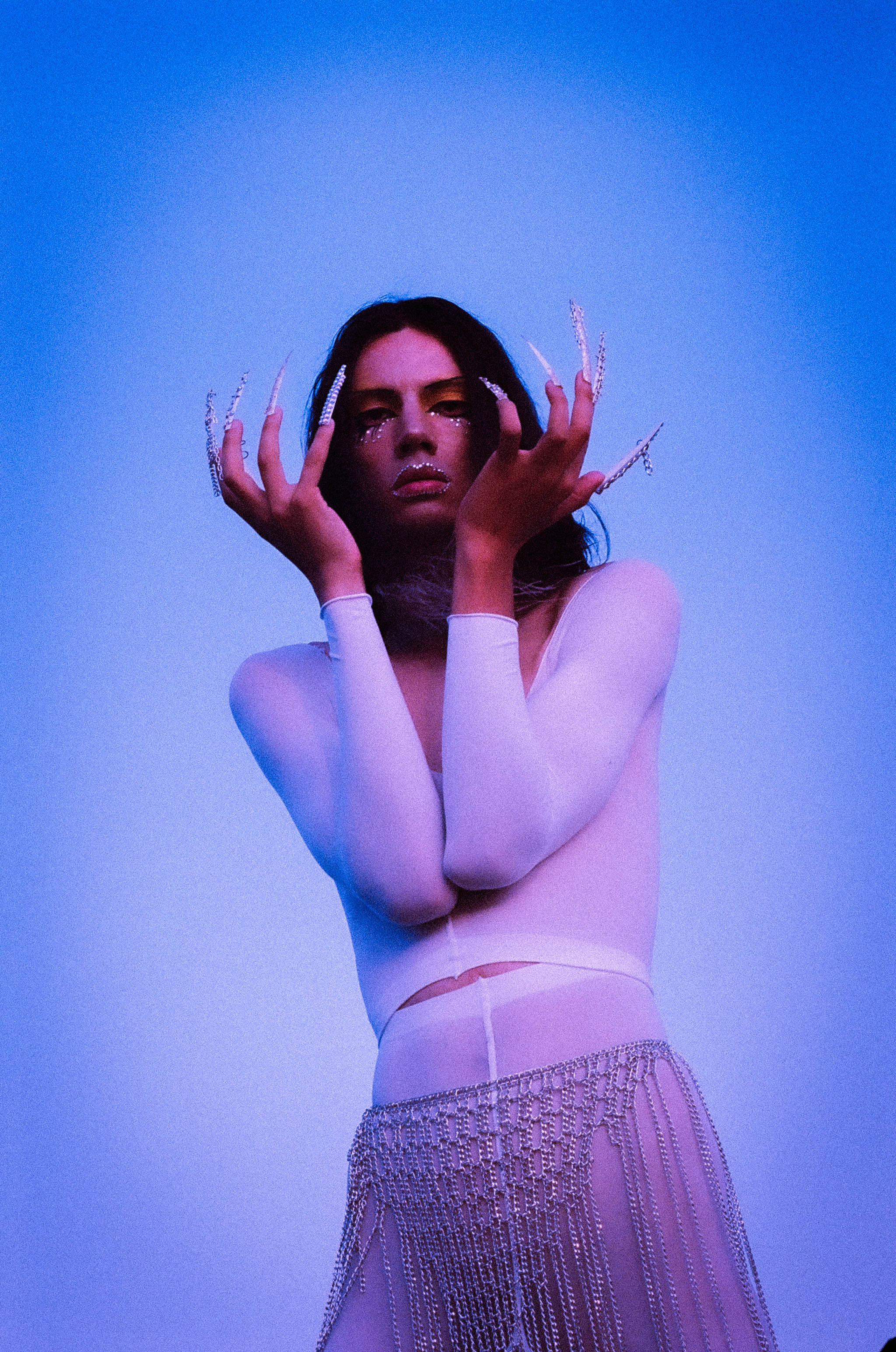 Sasha Darko will transport you to another dimension
GCN

Like a punk who refuses to be one, Darko plays the unwanted, the one for whom we can feel sympathy in the end
Jeux Video

Specific brand of quixotic weirdness
I Die: You Die

His talents as a musician really pay off
Hardcore Gaming 101

• Starting his creative career as a multi-genre musician and performer when he was just 10 years old since 2007 he’s written and produced over 200+ experimental music releases using numerous aliases (such as EARTH INCUBATOR, HEADLESS KAMIKAZE, BLACK BLESSED DEMON WITH ANGELIC HEART and ILLNATHIX), collaborating with such diverse artists as Kenji Siratori, Hiroshi Hasegawa (C.C.C.C.), GX Jupitter-Larsen (The Haters), Komissar Hjuler / Mama Baer, Cisfinitum, Alexei Borisov, Alexei Bortnichuk (Zvuki Mu) and To Live and Shave in L.A. His works were published by underground labels all over the world, from Japan and US to French Polynesia and Columbia, using all possible media formats: cassettes, CDs, CD-Rs, 7″ vinyl records, floppy disks, and business cards. Produced in very limited numbers and ranging from 10 to 1000 copies, these albums were as diverse as possible and spawned microgenres called “fruity punk” and “post-noise” by the underground press and bloggers. He recorded most of the material while being isolated in Ozersk, a closed city labeled by Vice as “Radioactive City Russia Doesn’t Want You to Know About.”

Later in May 2010, he moved from the city and changed his stage name to Sasha Darko. He released multiple EPs and singles on French label Sirona Records before landing an ambient LP “Underwater” in 2013, which later became popular in Russian-speaking circles of yoga adepts. His soundtrack work for the games “Sacred Line Genesis” and “The Last Dogma” was published on Steam in 2014, the latter being praised by Hardcore Gaming 101 for being strong and memorable. 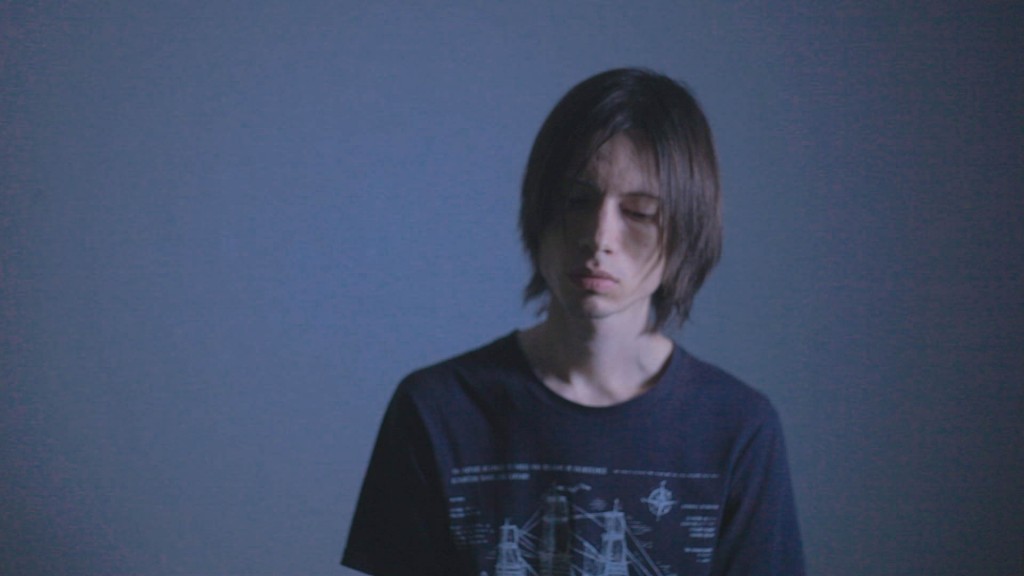 After eight years in development, an album “Sent I November” recorded in collaboration with a Russian sludge metal band ВИРЬ was released on CDs and cassettes in 2017. It was included on IPhones.ru‘s list of “10 Music Albums of 2017 You Missed But Should Listen“.

In June 2018, he published LP “GENESIS”, which has been described as “witchdrive”, blending witch house with Sega Genesis YM2612 chiptune music. It was praised by both listeners and the press, appearing twice on a radio show of Mike Textbeak, one of the witch house pioneers.

In December 2018, he presented a conceptual grim neoclassical hip-hop EP “A Field Where I Died“, where every track presented a different life of an album protagonist through a span of ten centuries. It received over 1.000+ likes on the Russian social network VK and was praised for its original concept.

In January 2019, he released “Underwater, Part II“, an ambient / neofolk sequel to “Underwater”. The official VK playlist of the album received over 6.000+ plays before it was released on Spotify and Apple Music.

In 2020, his new rap single “Klassoviy Vrag” was released exclusively in the VK group of the YouTube channel Genderfluid Vertosexual.

Later in 2020, Natalia Erkhova directed a documentary short film about him, which was filmed in Moscow.

In 2021, he released LP “The Crystal Epoch” (“Эпоха Кристаллов”) and drone ambient compilation “Solaris” as a double feature. Later in the Fall of 2021, he also published two new rap singles, “Tinder” and “Lil Snape”.

In July 2022, he presented an eponymous multi-lingual alt-rap track, written in six languages. It was featured on GCN and Reads Rainbow.

Later in October, he published “Coffee Morning Express“, a chillout EP designed to be played in cafes and malls. It has been added to the playlists of Starbucks, Verve Coffee, Coffeeshop Company, Hesburger, Blank Street, and other cafes all over the world. 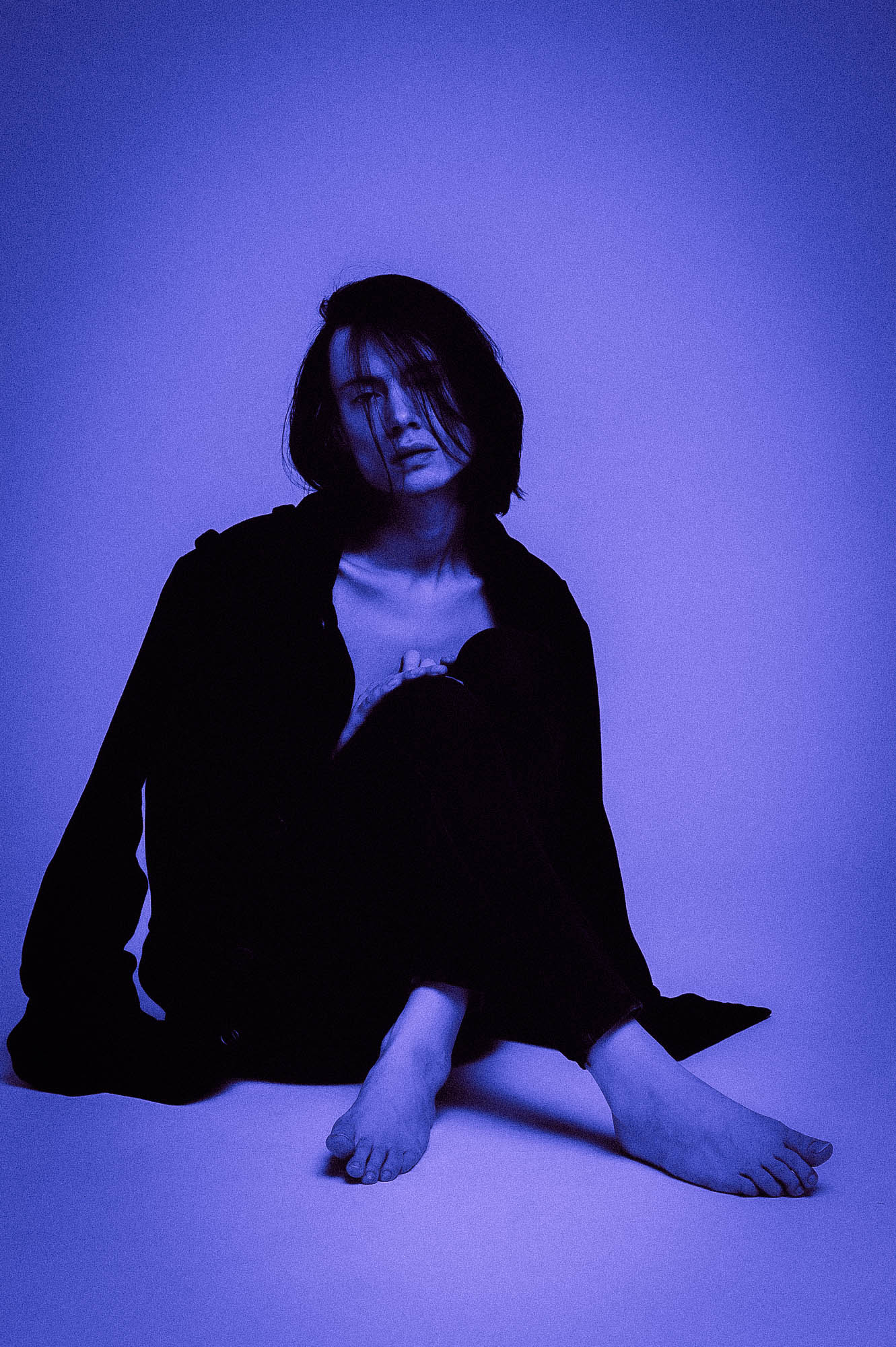 • Being a videogame developer, he developed and released three games

The biggest European computer magazine Computer Bild put his debut game Sacred Line (2013) in 4th place on the list of “30 Best Free PC Horror Games” and picked it up for distribution on their website and free DVD which comes with the magazine. It was re-released on Steam in 2015 and translated into Italian.

ScreenRant recognized his second game Sacred Line Genesis (2015) as one of the scariest games on Sega Genesis and one of the best modern games made for retro consoles. It was released on cartridges by Watermelon Corporation in February 2015, being the second professionally produced homebrew Sega Genesis / Mega Drive release after Pier Solar. It was covered by numerous media outlets including Destructoid, IGN, Bloody Disgusting, and Game Sack, and praised as one of a kind game on the system, but criticized for its short length. SLG has then been translated into Spanish and French by the fans.

His third game, a surreal dark comedy The Last Dogma (2015) was released on Steam and after getting many patches was praised by Hardcore Gaming 101, being described as a “sort of experience you’re not likely to forget anytime soon“. JeuxVideo described it as a “special and tender game for the most seasoned“. 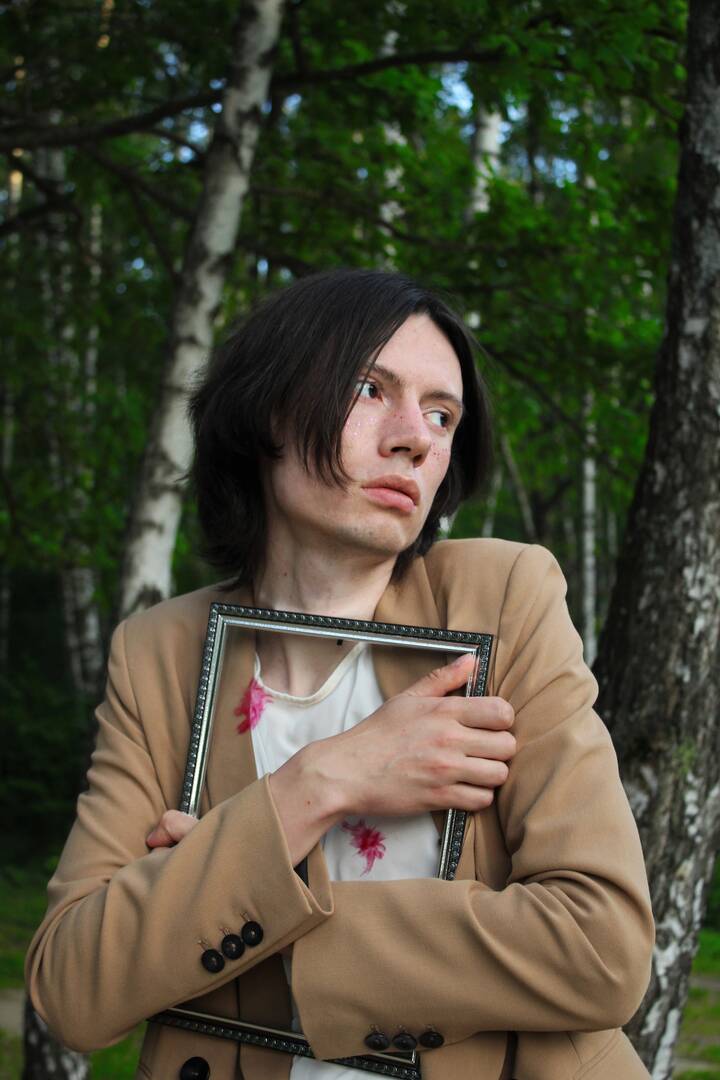 • He wrote and directed four music videos (“LYRICS DON’T MEAN ANYTHING”, “ALL 4 ELEMENTS”, “MOU$TACHE BU$$INE$$” and “CORTEX”), all of them featuring his own music.
In 2020, his debut short horror movie “Zero Messages Left” starring model Eva Matsevich was released on YouTube.
He also directed his first pornographic film for Pornhub, titled “Visceratio”. It got featured on the homepage shortly after release.
In 2021, he released a series of video blogs “SP FILES” on YouTube, with two of them recorded in collaboration with Anya Murm.
In 2022, his TikTok video “Zhirinovskiy in X-Files” went viral and has since achieved more than 4 million views.

• As a photographer, he released multiple photosets and single photos, which were published by journals like Mob Journal and Komsomolskaya Pravda, as well as by media outlets like Estetika Ebenei and Multitude. His debut environment-focused photoset “Stranded In Vladimir” was lauded by game industry veterans like Raphaël Colantonio (Dishonored), Julius-Cosmo Oniscu (Watch Dogs), and Arkadiusz Reikowski (Layers of Fear, Blair Witch, Observer).

• As a model, he appeared on many photo sets, including those supervised by Alice Polunova, Daniil Slomakin, Sin Out, and Nataliya Erkhova.
In 2021, he became a part of the Russian model agency Aurora Models. In November 2022, he was accepted to the Turkish agency Tag Model.
Multiple large VK channels posted his photos, including Atypical Beauty, N с к у с с т в о, Crystal Nymphs, Dark Beauty, Erotica, and SPR, they also got on top on Reddit in Androgynous Hotties and Femboy.

• As an actor, he played his first movie role, appearing as a skater Mihail in the Finnish movie Skateland, directed by Ilkka Keranen.

• As a writer, his first novel “The Thoughts of a Man From Territory 15” was released on the Japanese label Kubitsuri Tapes (Merzbow, K2, The Gerogerigegege) as an Audio CD in 2013, accompanied by a soundtrack from GX Jupitter-Larsen of The Haters. It’s the only Russian audiobook officially released in Japan.

• He also reviewed many games and movies for Game Obscura and sashadarko.com, proceeding with a YouTube channel dedicated to reviews. He has published pieces in HardcoreGaming101 and DTF. His debut video review of the PC Engine game Batman (1989) was highlighted by Igromania, the biggest Russian gaming magazine. 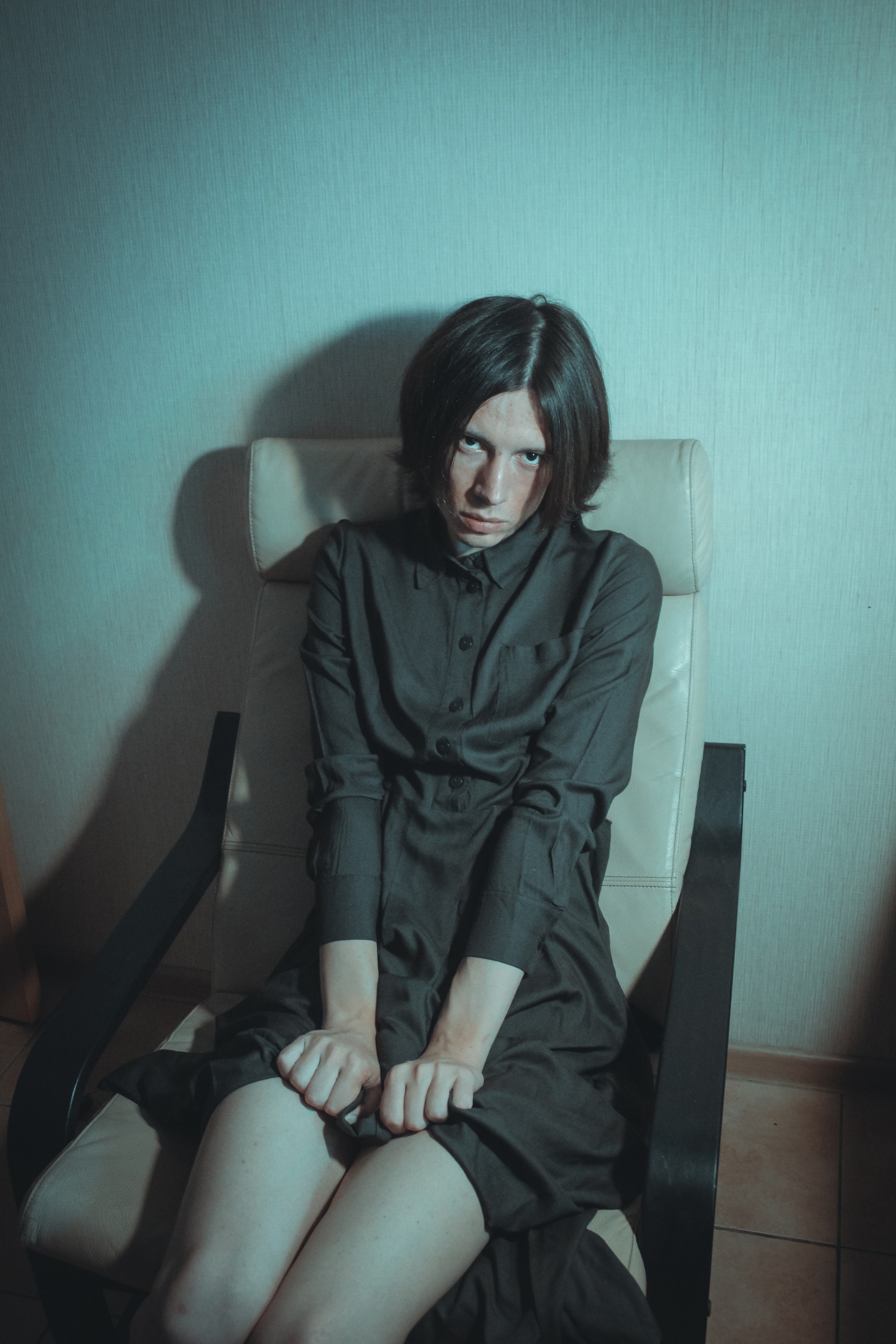 In 2019 he recorded a video for the Russian battle rap stage Slovo Krasnodar to participate in the event with female battle rapper Kisha supporting his entry. He also made a song for the Independent Hip-Hop Battle 17.

Illnathix / Praxisfeelder – Split EP was co-released on 3.5″ floppy disks by Mind Noise Disintegration and Mu-hu-hu Records in 2009. Limited to 100 copies, it was quite possibly the biggest floppy disk music release ever in Russia. All MND-produced copies were sold out several months after release, most of which were distributed by AK on his live shows.

The last recorded song under the name Alexander Kibanov was an ambient single “IX” recorded in collaboration with Austrian singer Susanne Hafenscher, which became the most downloaded release on Electro Rucini after its release in January 2010.

The development of Sacred Line Genesis took about 2.5 years and the text was revised by six people, including the creator of Sega-16 who is responsible for the final version. The cartridge release cover is based on the original art of the digital release cover and was itched by the Watermelon co-founder on a metal piece. 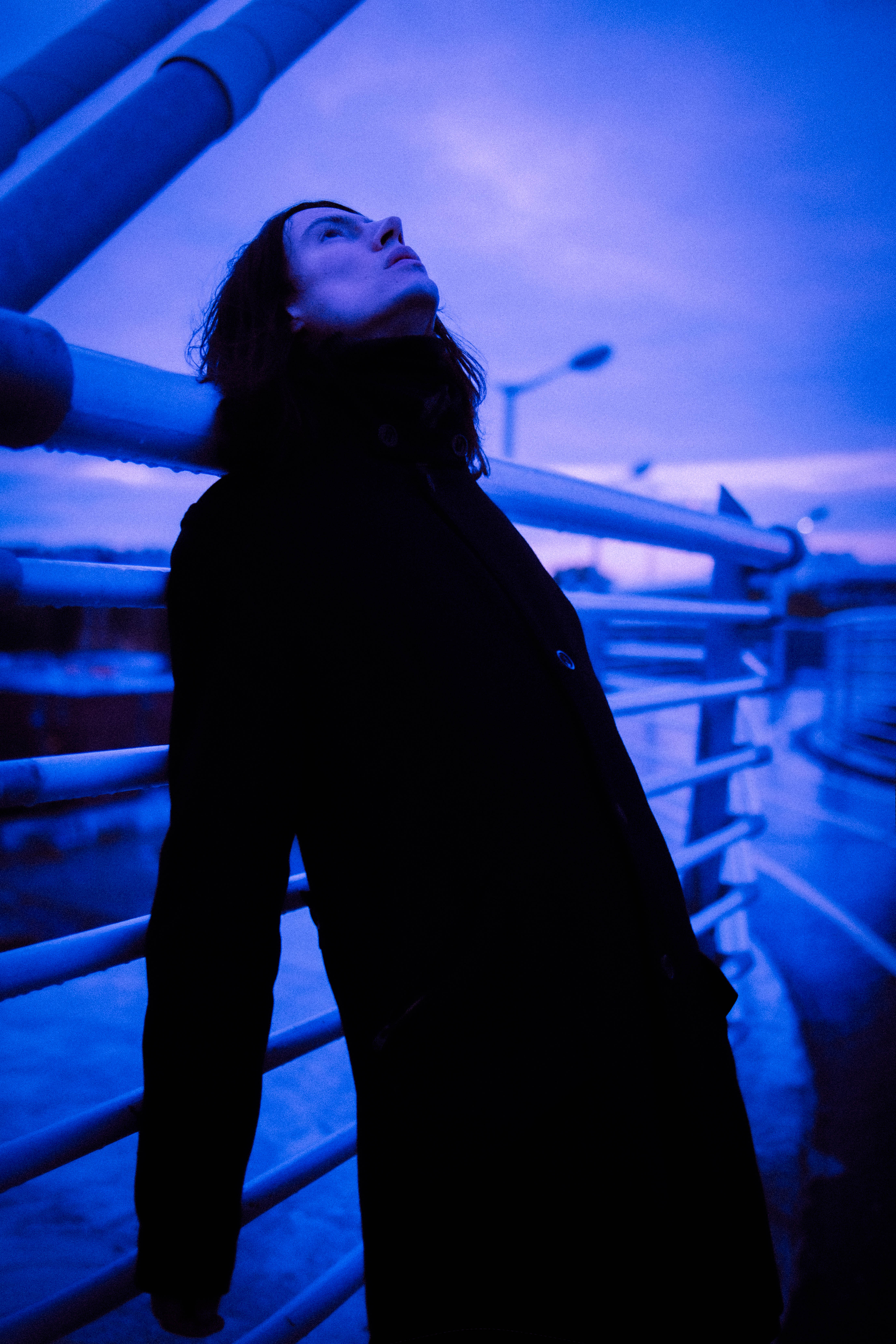 Appeared on an antifascist international compilation “No Nazi Noise” as the only Eastern European artist. The release of the compilation was supported by a festival.

99% of all Mind Noise Disintegration releases had fully hand-drawn covers and every single copy of every release was made from scratch. No printer was used, only pencils, pens, wax crayons, and paper.

Earth Incubator – Soundtrack to… was a big 86-minute drone track recorded in real-time and was released by the Russian black metal label Desolation Production on 90-min CDrs, which were extremely hard to find at the time and impossible to find now.

The title track of Earth Incubator – Domofon Ambient Dance was made from a 2-second sample of an opening intercom door. For the sake of fun, it was released as a maxi-single featuring two remixes from Applecore and Snake Surikov. Earth Incubator – Davai / Scream was recorded the same way, only this time using two short voice samples from the trash horror movie “The Party” where AK played the role.

Arkadiy GR / Headless Kamikaze / HZ / Dreagann* ‎– Cat Split Dedicated To Louis Wayne features cats on vocals. The artists were asked to record their cats and use the sounds as the vocals for their tracks. HZ didn’t have a cat at the time and recorded the track using her own voice, imitating the meows.

[C. T. D.] / Earth Incubator / Smrznik ‎– Split was one of the first music releases in Japan after the Fukushima Daiichi nuclear disaster. The factories which could produce full-color cardboard weren’t available at the time, so the release packaging was black-and-white and used standard paper. All other releases made before and after the incident use thick full-color printed cardboard packaging.

Earth Incubator ‎– 001 was released as a parody of maxi-singles and featured a 30-second digital noise piece as the main track. All 33 “remixes” were Audacity project leftovers.

Kenji Siratori is a Japanese cyberpunk writer known for his books written from the perspective of AI. He’s also known for the audio collaborations where he reads his books over someone’s sound material. But for “Rasputin“, the roles were reversed – the audio was provided by Kenji and AK was reading excerpts from Rasputin’s biography.

The locations chosen for live shows were anything but usual clubs/bars. A movie theater (Noise vs. Glamour 2009), an abandoned industrial factory (Volzhsky 2009), and even a huge two-story garage (Novorossiysk 2008). Volzhsky Open-Air Fest (Volzhsky 2009) took place near Volga, mere meters from the water.

He formed his first blues grindcore/hardcore band Red Label Noise Factory (allying with the screamo band Jimmy The Beaver) while still in middle school. Its first demo, “Brainfuck Session” was released by the Australian label Smell The Stench in 2008. After releasing a series of digital EPs and recording a final CDR demo the same year, the band split up and a farewell gig was played in Yekaterinburg sharing the scene with Villainz United. 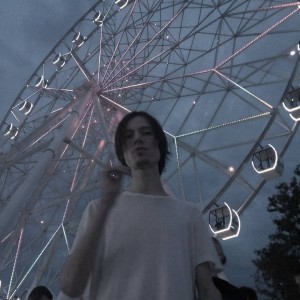