Incredibly charming and cute game, but not without the flaws. It was quite disastrous at its launch and I couldn’t even complete the first level because of the boss collider problem, controls and combat system back in a day. But developers fixed and added A LOT since then, making the game much better. I can’t even imagine it being fun without such thing as Double Jump (added only in 1.4).

Very nice and fluid animations, although not as advanced as they could be. I still find climbing animation to be awkward and it looks like a climbing man in a cat costume (at least to me).
Artwork is good and sprites are very detailed. Many personal touches and details you might not notice on your first walkthrough. I’d only complain about the skyscrapers background on the last level, it was very low-resolution, blurry and it can be even distracting if the camera is zoomed in. 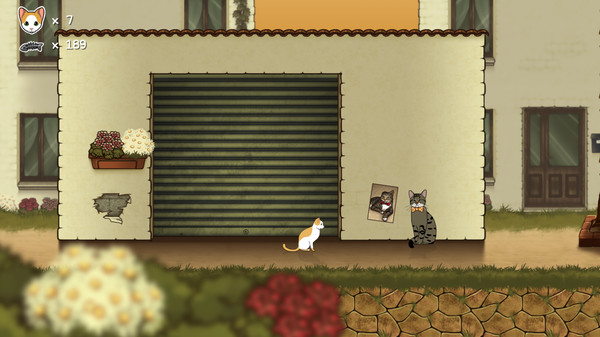 It’s a pretty basic platform game – jump, attack some enemies, avoid falling things, collect items for bonuses. You can also hide behind specific objects from enemies like dogs, but it’s not really necessary and you can also just jump over them and run. Later in the game you get a hiding box (like in Metal Gear Solid), which allows you to hide anywhere, anytime you want.
It controls like…well, almost like in Lion King (1994). You need to get used to it.
As for the difficulty, the game was much more punishing than it is now, but the sudden difficulty spikes are still there. Practically all levels are basically a walk in the park (maybe except that mole boss fight), but just before the final level it gets much more challenging (with extremely frustrating piano mini-game and spotlight chase). Speaking of that mini-game, it appears out of blue in the end of 4th level and it may seriously hurt your experience or even put you off the game. It’s very similar to Guitar Hero and it’s pretty fast. It could work, but not in the way it was implemented and definitely not with the controller.
If you play the game with controller, you simply wouldn’t be available to get past that mini-game at all. Imagine pressing buttons on Xbox360 / XBone controller pretty fast just seeing colours of controller buttons on screen, not even letters. Playing it with keyboard is definitely less frustrating, because you can put your fingers on it like on a piano, but it’s frustrating nonetheless. In the end I managed to beat it (and even getting an achievement for doing only one mistake) by tricking my brain. It’s hard to explain, but it was about dividing the screen into two areas inside mind and expecting hands to follow.
At least you can switch between controller and keyboard on the fly.
Also, if you play it on TV, be prepared that the dialogue font is quite small and overall the game was designed to be played in front of a monitor.

As for the options, there is a standard Unity launcher where you can change resolution and graphics quality. You can only change volume of sounds and music inside the game itself.

Music is really great, relaxing and good to listen outside the game. Sounds are just as good and fitting, cat sounds specifically are very charming. I also like how the cat you play (Kimchi) makes “meow” sounds from time to time. 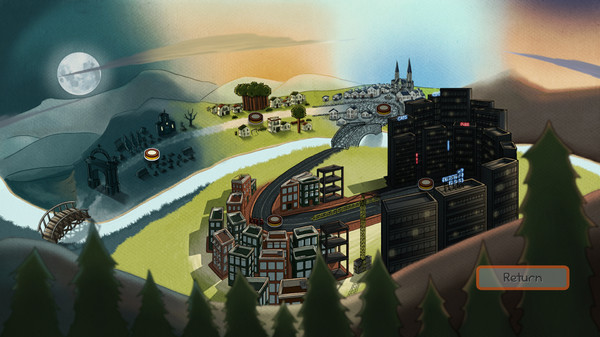 Story is about cat returning a medallion to the man which looks after him (I won’t say “owner”, uh-huh). The intro is sad and can be heartbreaking, but the “cutscenes” (both intro and ending) are made in form of a slideshow and don’t feature any kind of animation. The pictures change very fast, it looks quite rough and can be distracting.
On your way through the game you will also meet characters based on real life cats (such as Nora and Oscar).

How long to beat

The game is short and can be completed in 1-2 hours (standard walkthrough) or 2.5-3 hours (completing / collecting everything). Which is great for me.

Made by passionate cat lovers, it’s a must-have game if you like cats. Despite the mentioned mini-game and the game itself still being rough around the edges.