Quadrant is an episodic first person horror game made by a very small team. Unlike many other horror games on the market, it doesn’t rely on jumpscares and cash from screaming YouTube kids, instead it focuses on the adventure itself, story and atmosphere. It was supposed to be a 5-episode deal, but then the whole story was cut to just three episodes (the price has been lowered as well).
When I started to play it, the game reminded me a lot of the first F.E.A.R. game, by the Episode 2 it already was like Half-Life 1. Speaking of which, if you played They Hunger mod for Half-Life 1, this game and that mod has lots of things in common. 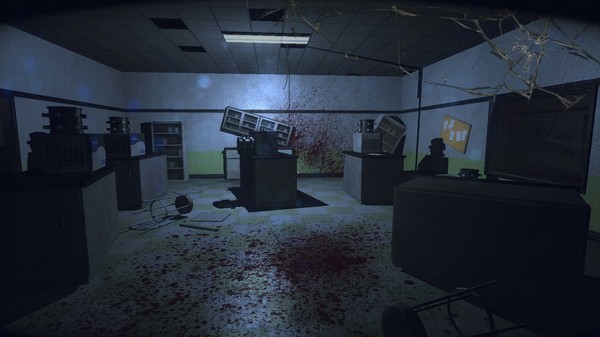 The graphics are like in the first Half-Life (low-poly models, primitive animations, old looking effects), but with the modern shaders and higher resolution textures (physics based shaders of Unity 5). The latter make the game look great and blood stains, for example, look REAL.
Also, coherent style in everything all the way through the game. I never felt like some texture was out of place or had a lower resolution than the others (maybe there were such ones, but I didn’t spot them and they weren’t obvious), the same goes for models and sounds.
It may be all low-poly and old-looking, but the game is pleasant to look at, which is much more important and certainly better than games with super-fancy shaders and effects thrown in without any thought.

The game has weapons and combat system, but the weapons were completely useless for me and I couldn’t kill a single enemy with them, always running away. You have a delay for attack animation and enemies kill you with just 1-2 hits. It doesn’t matter if you run forward and back while attacking, their attacks will still reach you. Combat system is useless for big enemies and only OK for killing those alien things on the walls which shoot with some goo or something. So run, run and run.
You can also break the walls with a pipe, but as you could guess, these are very specific walls which you need to destroy to proceed further in the game. Still, it looks cool. 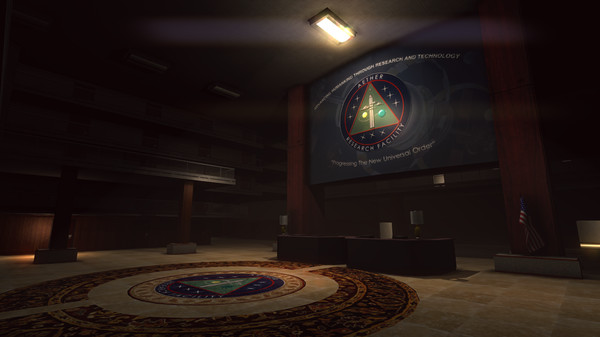 I enjoyed playing Episode 1 and Episode 2, but forced myself to go through Episode 3. The last episode was pretty weak (aside from environments, they were great, as usual), just walking in the pure darkness with barely anything happening. Which would be OK, but these new action “trial and error” sequences made it worse. You need to learn every turn just to make it in time and total darkness and many enemies running after you don’t help at all.
Also, those “jump down the cornices in the vent” parts get really old by the end of the game, they were used too much, in my opinion.
But the game definitely has some surprises under its sleeve.
When I met the first spider, I was somewhat hoping it’ll glitch in its way so it’d be easier to deal with while I was running around, but then it just started to throw tables around, going right at me. When I first met the creature which senses your movement, it was pretty terrifying to walk around it. And there are many other memorable moments like these ones.
The pace is about right and the game is never boring to play (even the last episode).

Quadrant has controller support and it works great. However, there are action parts in the game which I highly doubt you’d be able to complete with the controller. Right stick sensitivity is set to low, which is good (in my opinion), but in the fast action parts the sensitivity makes it impossible to turn as quickly as you need. Just be prepared to switch between controller and mouse+keyboard. 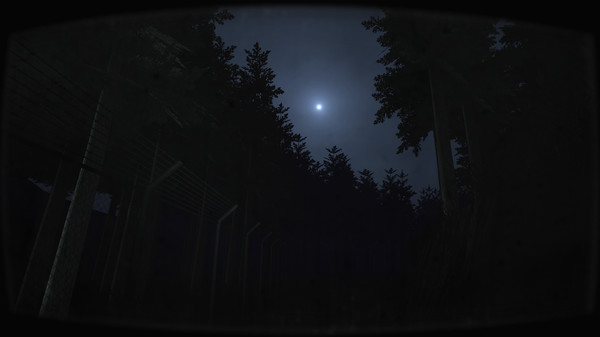 There were some bugs (like falling through the map, objects without physics colliders, a bug with animation of the doctor) and many slowdowns (especially in the Episode 2), but overall it’s a well-polished product.

It’s a very low-budget game (the developer said it was “zero budget”), but it’s a low-budget game done right and there was a lot of care put into it. It’s an interesting, quality old school horror, which you don’t want to drop until you complete it.
It’s three episodes now and Episode 3 is not as good as the 1 and 2, but for 10$ it’s completely worth it (just the very first episode alone is worth 7$, in my opinion).