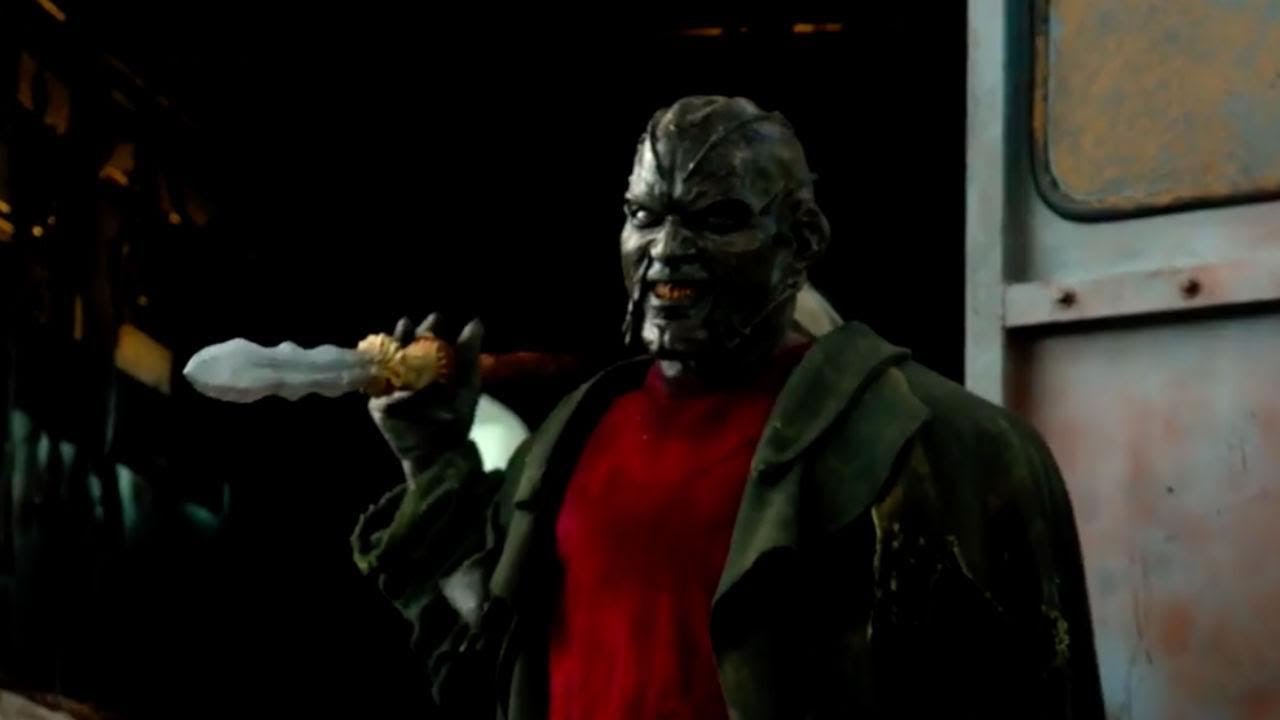 Even though Jeepers returns after whole (or not so whole) 14 years, this is a very direct sequel to the 2001 movie, so the action of Part III takes place minutes after its ending, making it actually “Part II”. Kudos to authors for finding an actor who played a role of the police officer in Part I and making him looking pretty much like he was in the original. His new partner is played by Stan Shaw, who overacts all the time. The famous “BeatingU” truck is also back, this time it’s a thing in itself and has many traps.

The budget is not on the same level as it was before though. The makeup is still good, but the visual effects are not. It’s all CGI and most of the time it looks very cheap, some of the moments look like a student After Effects project, which is a serious downgrade comparing to both of the previous movies.

It’s also back to being focused on the police action against the creature, like it was in the second part of the first movie (they now even have a car with a minigun).

The authors promised that they will tell more about the Jeepers, they…ehm, did, yeah. The characters supposedly learn about who the Creepers is through the Thing-like living hand which was previously a part of it, but they never tell that they learned to the viewer. There’s also a very damaging scene for the canon, where Creepers just throws away a whole car to find a man under it. The creature was always very strong, but not like THAT, not like some kind of Superman. Making him stronger like that just puts endless plot holes all over the whole trilogy, including this part.