It looks and plays like a NES game…well, not really. Some effects are too advanced, sprites have too many colors and the controls menu shows a classic 3-button Genesis controller. Which is nice, because I’d choose it over NES controller anytime, but it also looks out of place. I guess that’s because you need not two, but three buttons.

The art is amazing and animations are nice, everything looks clean, sharp, colourful and just speaks “high quality”. 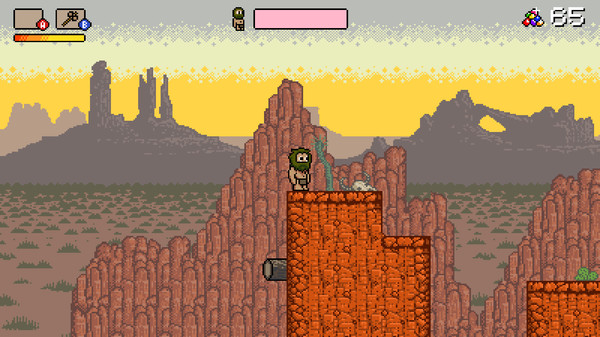 The same high quality, they’re authentic just like the graphics. They do their work and there’s nothing wrong with them, but I can’t say I remember any music from the game after playing it.

The game feels like a rehash of the old hits (Joe and Mac, Adventure Island, etc.), but it knows what it is and you shouldn’t expect anything new here either.

It’s a simple platform game. The healthbar you have depletes over time and depletes even more then an enemy hits you. You need to collect food on your way throughout the level to stay alive. If you die, you just return to the beginning of the level, there are no lives or continues. But the game gets really harder because of that meter and on later levels you don’t even think about exploration, you just run to the end of the level, collecting all food you can get and trying to avoid enemies or anything else. If you were born to be a speedrunner, that would be great for you, but for everyone else (including me) that can be a major flaw. 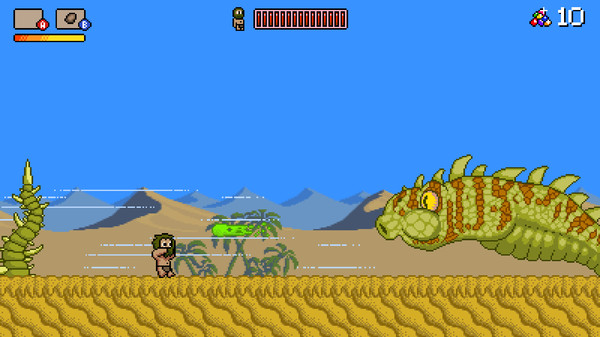 Controls are simple and responsive – you have a button to jump (of course), a button for basic weapon and a button for special ability (useful while riding a dinosaur).
The game stands by its name fully – you’ll see a lot of dinos here which you can ride (and use their abilities). Not just dinos, but also a space mecha. But it’s a secret, I didn’t tell you that.
There are bosses, they look great and their patterns are easy to understand and learn. The first boss was perhaps too easy.

Occasionally, you get the chance to choose your path, which leads to different levels. You can’t come back and there is no indication what to expect rather than image on the map, so trust your guts. By the way, the levels don’t have any titles. It’s kinda a problem, because you can’t ask someone “hey, do you remember THAT level?”, the answer would be “ehhh, what level?”. The game really needs at least something like “A1, B1, A2, B2”.

Another major flaw it’s the level design and cheap enemy hits which come with it. It’s all simple and OK on the first levels, but later in the game you’ll meet such “exciting” things like leaps of faith (jump down without seeing where you will land) or enemies which attack you out of nowhere and get about 50% of your health with just one hit (scavenger on desert levels is the reason why I stopped playing the game). There are also platforms which won’t lead to anything and won’t allow you to come back – you land on it and that’s it, the only way is to jump into abyss, restarting the level by that (by the way, there’s no option to restart it through the menu, only by dying). 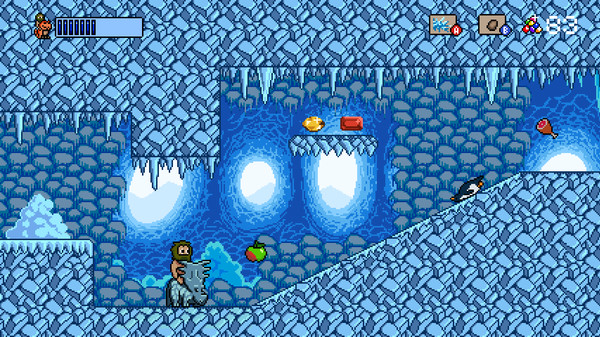 There weren’t any bugs during my walkthrough. The game feels well polished.
You can rebind the controls and the game works with Xbox One controller.

Dinocide is a clone in an ocean of clones, but it stands out by its high quality of everything. That’s the reason I chose to play it and it didn’t disappoint. Still, depleting healthbar system is rather controversial and level design flaws cannot be ignored.

The review copy provided by the developer
Sasha Darko for Game Obscura, March 31 2016